Yale Center Beijing and Yale Club of Beijing jointly invite you to a conversation with Sir Matthew Bourne, Tony Award Winner and Artistic Director of New Adventures, on the "Groundbreaking Remake of Classical IP for Contemporary Audiences".

The brand new Sleeping Beauty has won the hearts of thousands and smashed box office records across the UK and the USA since its premiere in 2012. With a bold and brand new narrative and a dark and exquisite design, this contemporary ballet production is an imaginative gothic spectacle. During this event, Sir Matthew Bourne will discuss the remaking of classical production, the fascination of contemporary ballet, his insights in the arts and business as well as his secret to success. 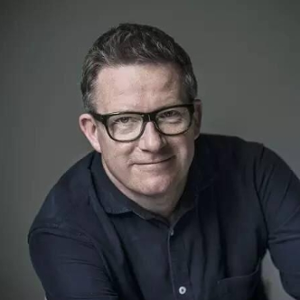 Sir Matthew Bourne is widely hailed as the UK’s most popular and successful choreographer and director. Matthew is a five-time Lawrence Olivier Award winner, and the only British director to have won the Tony Award for both Best Choreographer and Best Director of a Musical. Matthew has worked as sole artistic director of New Adventures, which is now the most successful and busiest dance company in the UK. The repertoire of New Adventures includes The Nutcracker, Swan Lake, Edward Scissorhands, Dorian Gray and Sleeping Beauty.

Matthew Bourne has been recognized for over 40 international awards. In 2001, he was awarded the Officer of the Most Excellent Order of the British Empire (OBE) for Services to Dance. Bourne was knighted in the 2016 New Year’s Honours list as the first modern dance artist to receive this honor.