Co-sponsored by Yale Club of Beijing and Yale Center Beijing.

Renowned Chinese-Canadian composer An-lun Huang received the prestigious Alumni's Prize when he graduated from the Yale School of Music with a Master of Music degree in 1986. His compositions have been widely performed and warmly received globally for decades. As we celebrate the beginning of 2017, violinist Bin Huang, cellist Alexander Suleiman and pianist Yubo Zhou will perform two of his works, Piano Trio No. 1 and Piano Trio No. 2 in B Major (World Premier) at the Yale Center Beijing. We welcome alumni and friends to join us in this exquisite musical feast! 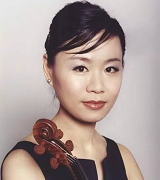 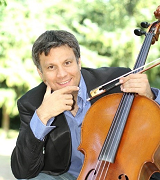 One of the most interesting and individual musicians of his generation, Alexander Suleiman studied with Eldar Issakadze, Daniil Shafran and Natalia Gutman. He has won numerous competitions, including the International Johannes Brahms Competition in Austria. 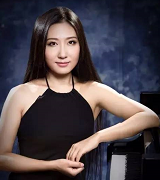 Yubo Zhou is an outstanding pianist who has inherited the great legacies of the Russian and German schools of piano performance. In addition to two of the highest diplomas and degrees in piano and chamber music granted in Germany, she has been the winner of 10 International Piano Competitions. That record of accomplishments earned her an appointment of professorship at Jimei University as the youngest piano professor in China.

Piano Trio No. 1, Op. 30 (1981) for Violin, Cello and Piano in 3 Movements
This was the first work An-lun Huang composed as he first arrived in North America to continue his education in 1980. This composition expresses his profound homesickness, as well as feelings of excitement and awe with the new environment.

Piano Trio No. 2 in B Major, Op. 83 - Dedicated to My Dear Wife (World Premier)
An-lun Huang finished his Piano Trio No. 2 in the spring of 2014. He dedicated this trio to his wife, pianist Ouyang Ruili. Violinist Bin Huang, cellist Alexander Suleiman and pianist Yubo Zhou will perform the world premiere of the trio at Yale Center Beijing. 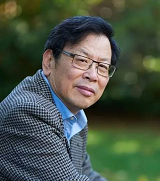 An internationally celebrated composer, An-lun Huang’s works have been widely performed and warmly received globally. One of his most renowned pieces is the “Chinese Rhapsody #2”, which Lang Lang played in 1995 when he won the top prize at the International Tchaikovsky Competition for Young Musicians. Huang’s other works include the ballet “Dream of Dunhuang”, which has been selected as one of the “Masterpieces of Chinese Composition in the 20th Century”. In addition to his more than 40 symphonic compositions, he wrote the opera “Yue Fei”, which is widely recognized as one of the masterpieces in modern Chinese opera.