“Can Confucianism Save the World?”

Purchase in advance: Free for students; RMB 80 for others.
Purchase at the door: RMB 100.

In what ways is Confucianism’s revival a good thing for China and for the world? Two experts on modern Confucianism discuss Confucianism’s potential impact on education, society, ethics, the environment, and other areas. 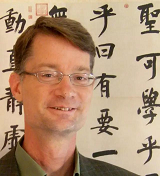 Stephen C. Angle is Mansfield Freeman Professor of East Asian Studies and Professor of Philosophy at Wesleyan University. During 2016-17, he is a Berggruen Fellow at Tsinghua University. Angle specializes in Chinese Philosophy, Confucianism, Neo-Confucianism, and comparative philosophy, and is the author of Sagehood: The Contemporary Significance of Neo-Confucian Philosophy (2009; Chinese edition, 2017), Contemporary Confucian Political Philosophy: Toward Progressive Confucianism (2012; Chinese edition, 2015), co-author (with Justin Tiwald) of Neo-Confucianism: A Philosophical Introduction (2017), and co-editor of two other volumes. His blog on Chinese and comparative philosophy is warpweftandway.com. 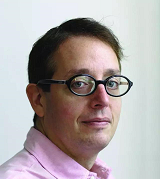 Daniel A. Bell
Dean of the Faculty of Politics and Public Administration at Shandong University and professor at Tsinghua University (Schwarzman College)

Daniel A. Bell is dean of the faculty of politics and public administration at Shandong University and professor at Tsinghua University (Schwarzman College). He is the author of The China Model: Political Meritocracy and the Limits of Democracy (paperback, 2016; Chinese edition titled 贤能政治 published by Citic Press in 2016) and of four other books on East Asian politics and philosophy published by Princeton University Press. He is also the editor of the Princeton-China series. He publishes in leading media outlets in China and the West and his works have been translated in 23 languages.