Music Appreciation: How do we listen?

Co-hosted by Yale Center Beijing and Yale Club of Beijing.

Purchase in advance: RMB 15 for students; RMB 80 for others.
Purchase at the door: RMB 100.
Click HERE to register.
Please email yalecenterbeijing@yale.edu if you have any questions, or call Yale Center Beijing at (10) 5909 0200.

Program will include selections from Mendelssohn, Debussy, Schubert and other chamber works. We will focus on discussing how to listen to music and especially chamber music. What makes chamber music especially enjoyable for performers and audience? To what in particular can we pay attention to increase our enjoyment of a performance? We hope to engage in a lively discussion about what makes music meaningful and answer general questions about music. 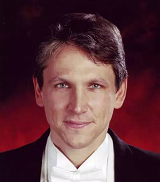 Wesley Baldwin, (Yale College 87’)
Cellist, Professor of Cello at the University of Tennessee

Wesley Baldwin serves as Professor of Cello at the University of Tennessee. He has appeared as cello soloist with the Laredo Philharmonic, Bismarck-Mandan Symphony Orchestras, among others. In the summers he performs and teaches at the Michigan City Chamber Music Festival, the ARIA International Academy, the Cincinnati Young Artists Cello Workshop, and at the Wintergreen Festival, where he holds the Leonard Rose Memorial chair as principal cellist of the Wintergreen Festival Orchestra, and serves as both Assistant Director and cello faculty member of the Wintergreen Summer Music Academy. 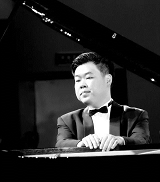 Wenbin Jin has started playing piano at age of 5. He has received his B.M at New England Conservatory with the highest academic honor, where he studied with Chinese/American pianist, Hung-Kuan Chen. He received his M.M and Artist Diploma at Yale University, where he studied with Boris Berman. During his studying period at Yale University, his achievement leads him into receiving two most prestigious school awards: Elizabeth Parisot Prize for Best pianist at Yale school of music and Yale School of Music Alumni Association Prize for the most outstanding graduating student. 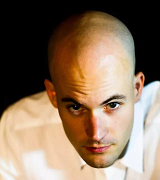 Shawn Moore, (Yale School of Music 13’)
Violist, Musician in Residence for the Yale Club of Beijing

Shawn Moore is an American violinist/violist, currently teaching and performing in China, the US and other locations throughout the world. He is the Musician in Residence at The Affiliated High School of Peking University, a visiting professor at the Nanjing School of the Arts, and Musician in Residence for the Yale Club of Beijing. While pursuing his career as a musician, Shawn also concurrently works for Bard College, covering East/Central Asia as an admissions officer and representative for institutional relations. He has been based in Beijing since the fall of 2014. Shawn is passionate about languages and communication in general – be it musical, linguistic or otherwise. He is a graduate of Bard College and Yale University. 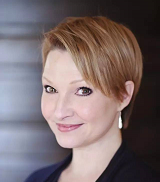 Soprano Melisa Barrick Baldwin is a versatile vocal artist, equally fluent in the fields of opera, early music, and new music. Often engaged as a concert soloist with orchestras throughout the United States, she has also performed and taught at many summer music festivals in both the US and Europe. As an advocate of new music, she has given numerous world première performances. Her critically acclaimed recordings include the Jerome Moross ballet Frankie and Johnnie, and Louis Moreau Gottschalk's Ave Maria.