From Beijing to New Haven

From Beijing to New Haven, cellist Mo Mo and pianist Wenbin Jin are not only alumni of Central Conservatory of Music in Beijing and Yale School of Music, but they are also excellent partners in their musical journey. This September, these two talented young artists will perform at Yale Center Beijing, playing masterpieces by Schubert, Chopin, Rachmaninov and others, followed by meaningful discussion with the audience on music and their study experiences. 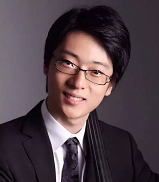 Hailed by Young Performer Magazine for his "amazing technique and incredible personality," Mo Mo has performed across the U.S. and China. Mr. Mo studied at Yale School of Music on a full scholarship under legendary Brazilian cellist Mr. Aldo Parisot as one of his youngest pupils. During his study at Yale, Mo Mo was awarded the Aldo Parisot Prize for his achievements in cello playing. Mr. Mo has collaborated with world famous musicians such as Yo-Yo Ma, Jian Wang, Mark Kaplan, Robert Vernon, and Ilya Kaler. 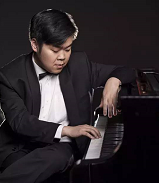 Wenbin Jin started playing piano at the age of 5. He received his B.M. at the New England Conservatory with the highest academic honor, where he studied with Chinese American pianist, Hung-Kuan Chen. He received his M.M. and Artist Diploma at Yale University, where he studied with Boris Berman. During his studies at Yale University, his achievements were recognized with two of the most prestigious school awards: the Elizabeth Parisot Prize for Best pianist at Yale School of Music and the Yale School of Music Alumni Association Prize for the most outstanding graduating student.