Ticket: RMB 80 for Yale Alumni; RMB 120 for Yale friends.
Note: Walk-ins will not be accepted at this event.
Click HERE to register.
Please email yalecenterbeijing@yale.edu if you have any questions, or call Yale Center Beijing at (10) 5909 0200.

The New Year is quickly approaching. Let’s celebrate with friends old and new with beautiful classical music brought to us by 3 world-class masters from the Yale School of Music. 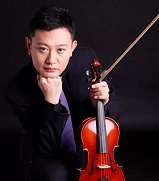 Xi CHEN is currently a faculty member at the China Central Conservatory of Music. At the age of 17, he became the youngest top prize winner in the history of the International Tchaikovsky Violin Competition. Xi CHEN graduated from the Curtis Institute of Music and earned a Master's degree from the Yale School of Music. “Xi CHEN is a very bright musician with strong individuality." (The Strad, October 2002) 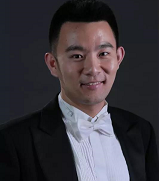 Bo LI is currently serving as Co-Principle Viola at Hong Kong Philharmonic Orchestra. Inspired by his parents who are music lovers, Bo LI began studying music at the age of five. He received his Bachelor’s degree from the Central Conservatory of Music in Beijing, and Master’s degree from the Yale School of Music. As a soloist, Bo LI has made numerous appearances across Asia, Europe and North America; he has also collaborated with world-renowned musicians, such as Seiji Ozawa, Wang Jian, Lawrence Dutton, Gil Shaham and the Sejong Soloists. The Hong Kong Economic Journal described him as "a vigorous young man with absolute high techniques, along with very detailed musical feeling". He was a recipient of the Mr. Ng Fung Chow Memorial Scholarship in 2006. Yale University awarded him The G. L. Grosvenor Memorial Prize for excellence in music study in 2009. 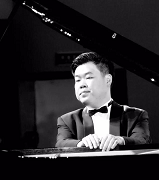 Wenbin JIN graduated and earned his Master of Music and Artist diploma degree from the Yale School of Music, and received two of the most prestigious school awards: the Elizabeth Parisot Prize for Best Pianist and the Yale School of Music Alumni Association Prize for the most outstanding graduating student. Since 2016, he has been serving as Associate Director of the Performing Arts Center at Beijing Keystone Academy. He has won many major prizes, including at the China Shanghai International Piano Competition and the China Golden Bell National Piano Competition. Wenbin JIN has performed in prestigious venues, such as the Lincoln Center, the JFK Center for the Performing Arts, and China's National Center for the Performing Arts. In addition to solo activity, he is also well-known as a collaborative pianist and chamber musician.