RMB 60 for students; RMB 80 for Yale Alumni; RMB 120 for others.
Walk-ins will not be accepted.
Click HERE to register.
Please email yalecenterbeijing@yale.edu if you have any questions, or call Yale Center Beijing at (10) 5909 0200.

This chamber concert will feature four representative masterpieces from the Classical, the Romantic, and the Modern period. Within one hour, you will experience the whole range of Western classical music from France, Russia, Germany and Austria. Please join us for an extraordinary evening of chamber music with two Yale alumni and a Yale student. 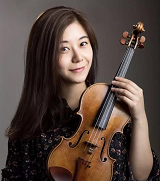 Jiazhi Wang has performed as a soloist and chamber musician at top international venues around the world. A prizewinner of the Washington International Competition, Jiazhi brings both wild passion and nuanced depth to her performances, balanced with what the Washington Post has called, “the kind of control we expect from professionals.” Yoyo Ma describes her as an “extraordinarily gifted and accomplished violinist”.

As an active violinist, Jiazhi has had the opportunity to collaborate with leading figures in the world of classical music, including Valery Gergiev, John Adams, Long Yu, Peter Oundjian and Leon Botstein. She has performed as a soloist with the American Symphony Orchestra, Sendai Philharmonic and Guangzhou Symphony Orchestra. 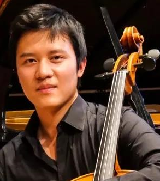 Chang Pan earned his Master of Music and Master of Musical Arts from the Yale School of Music, where he also received the prestigious Aldo Parisot Prize for his outstanding contribution. In recent years, Chang appeared as a soloist throughout U.S. and China. In 2015, he was invited to give a recital in Salon de Virtuosi--an organization in New York City that presents emerging talented musicians from around the world, and was the winner of the Annual Grand Award from Salon de Virtuosi as one of the best musicians in it’s 2015-16 season. Chang also had his debut concert in Carnegie Hall, and New York Concert Review describes him as a musician who “possesses the technical ease to bring that inspiration into his instrument and project it to the listener. His bow arm, intonation, and the variety of colors he obtains from the cello are all sublime.” 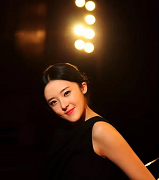 Jieni Wan graduated from Hochschule für Musik und Theater München. She is currently enrolled at Yale School of Music, under the tutelage of Dean Robert Blocker. Over the years, Jieni has received many prizes and has performed at Wiener Konzerthaus, Salzburg Großes Festpielhaus, Munich Herkulessaal, Shanghai Symphony Orchestra Concert Hall, and National Centre for the Performing Arts, Beijing. As a Soloist, Jieni Wan has collaborated with world-renowned conductors, such as Zubin Mehta, Christoph Eschenbach, Pascal Rophé, Gilbert Varga, Yu Long, Lv Jia, Li Xincao, and Xu Zhong. This season, Jieni will join the world tour as soloist of Konzerthausorchester Berlin with Lawrence Foster.