Click Here to register.
Please email yalecenterbeijing@yale.edu If you encounter any payment issues, please attach a screenshot that identifies the issue.

Call it the Truce of Osaka. As expected, Presidents Donald Trump and Xi Jinping agreed at the recently concluded G20 meeting to stand down from the worrisome escalation of economic conflict between the United States and China. That is certainly good news. However, while it beats the alternative of expanded tariffs and company-specific sanctions, it leaves unanswered key questions as to what comes next. This presentation will attempt to provide some tentative answers to those questions.

Stephen Roach, a Senior Fellow of Yale University's Jackson Institute of Global Affairs, will share his insights into the U.S.-China conflict on July 12. 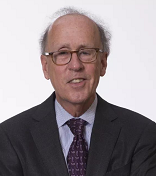