Confucianism and Cosmology: How does Chinese thought energize and elevate an evolutionary worldview?

The language of the event will be Chinese and English with simultaneous translation.

On October 12, Mary Evelyn Tucker, Senior Lecturer and Senior Research Scholar at the School of Forestry and Environmental Studies at Yale University, will share an Emmy Award winning film Journey of the Universe, and moderate a discussion with Chinese scholars and practitioners about how the cosmological and ecological perspective in Journey of the Universe is compatible with the Confucian cosmology of the unity of Heaven, Earth, and human.

The discussion will show how issues of sustainability are enhanced when joined to the humanities and environment ethics. An interdisciplinary synthesis of science, policy, and traditional cultural values deepens China's promotion of an ecological civilization.

The trailer of the film, Journey of the Universe,and more information can be found at https://www.journeyoftheuniverse.org/. 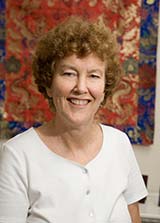 Mary Evelyn Tucker received her PhD at Columbia University under the Confucian scholar Wm Theodore de Bary. Her special area of study is Asian religions. She teaches at Yale University and co-directs the Yale Forum for Religion and Ecology, which examines cultural and religious values for broadened environmental ethics.

She is the co-author of Journey of the Universe with Brian Thomas Swimme and the executive producer of the Emmy Award winning film with John Grim. She has published several books on Confucianism including The Philosophy of Qi. She also co-edited Confucianism and Ecology and two volumes with Tu Weiming on Confucian Spirituality. 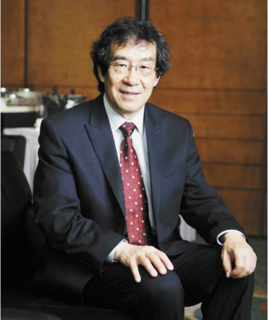 As a preeminent Chinese scholar, a representative figure of contemporary Neo-Confucianism, and a crucial practitioner on the research and transmission of Confucian culture for over 50 years, Tu Weiming has devoted himself to the interpretation of Confucian Classics, to the evaluation of Confucianism from a perspective of cultural diversity in the world, and to the revival of Chinese culture by a creative transformation of the ancient tradition. The intellectual activities and academic discourses advocated by him, such as "Cultural China", "Civilizational Dialogue", "Reflections on the Enlightenment", and "the Third Phase of Confucianism", have rendered profound influence in the international circle of thoughts.

Tu Weiming is the author of Neo-Confucian Thought in Action: Wang Yangming’s Youth, Centrality and Commonality: An Essay on Confucian Religiousness, and Humanity and Self-Cultivation, among many other books.

Feng Lu is Professor and Executive Director of the Center for Eco-civilization at Tsinghua University (TUEC), and has been a visiting scholar at Harvard University, University of St. Andrews, and Utrecht University. His interests include ethics of science and technology, ecological cultures and ecological civilization, and naturalism and the relationship between philosophy and the way of life.

He has published multiple books, including The Home of Human Beings, Enjoyment and Existence: Living Styles of Modern People and Environment Protection, and Human, Environment and Nature.

A graduate of Peking University and Waseda University, Qingju Qiao is a professor and doctoral supervisor at the Central Party School of C.P.C. His research focuses on Confucianism, Taoism, the history of ecological thoughts in China, the history of Chinese philosophy, and the comparison of Chinese and Western philosophy.

His publications include: On Zhan Ruo-shui's Philosophical Thought, On Jin Yuelin's Thoughts of Neo-Confucianism, and A General Study on Confucian Ecological Thoughts. Besides these publications, he has also published around 130 papers in top journals in multiple languages (English, Japanese, German, Korean).

Xinzhong Yao is Professor of Ethics, and formerly the Dean of the School of Philosophy at Renmin University of China in Beijing. He was also formerly Professor and Director of the King's China Institute at King's College London. Prior to this appointment, Professor Yao was Professor of Religion and Ethics at the University of Wales, Lampeter, and a senior research fellow at the Ian Ramsey Centre, University of Oxford. In 1998, in recognition of his work promoting Confucianism in the UK, he was made honorary President of the Confucian Academy in Hong Kong.

Xinzhong Yao has published books and articles on the subject of Confucianism, including comparative studies with Christianity. He is the author and editor of the 2 volume Encyclopedia of Confucianism and co-edited with Tu Weiming the 4 volume Confucian Studies—Critical Concepts in Asian Philosophy.

Qi Wu has worked with NRDC China Environment Law and Governance Project for nearly ten years. She focuses on analyzing environmental laws and policies, aims to provide studies and recommendations to improve environmental laws, regulations and enforcement. Recognizing the importance of environmental transparency, she makes efforts with partners to advance environmental information disclosure, and leverage environmental data to foster compliance and green finane. Recently, she started to cooperate with scholars and financial institutions to explore applicable approaches to foster the development of sustainable banking.

Qi Wu holds a Master Degree in Environmental and Natural Resources Law (ENRL) from Tsinghua University and Pace Law School, and a Bachelor Degree from China University of Political Science and Law.