Click on the link below to submit answers to the below questions before 21:00pm on November 29 (Sunday), and you will have a chance to be invited to attend the TEDx Chaoyang Women's "Offline Salon".

2015 has been a year of progress for women. The United Nations Fourth World Conference on Women, held in Beijing in 1995, proposed that women should be "full and equal participants in economic, social, cultural and political policymaking." This year marks the 20th anniversary of both the 1995 Conference's "Platform for Action" and of China's first top-level gender equality initiatives. At the UN “Global Leaders’ Meeting on Gender Equality and Women’s Empowerment: A Commitment to Action” event held in September of this year, calls were made for integrating gender equality into all major areas of developmental policymaking, thereby more rapidly promoting gender equality and women's rights.

Against this backdrop, TEDx Chaoyang Women held a special meeting on May 30, inviting top thinkers and activists to come share stories that would move and inspire, spurring listeners to deep thought and innovation.

TEDx Chaoyang Women now extends a public invitation to attend its "offline salon", to be held at Yale Center Beijing on November 29. Following a round of talks by three distinguished speakers, there will be open discussion on the speakers' ideas, as well as sharing of personal experience and areas of growth. The theme of this salon is: Think, Inspire & Empower. 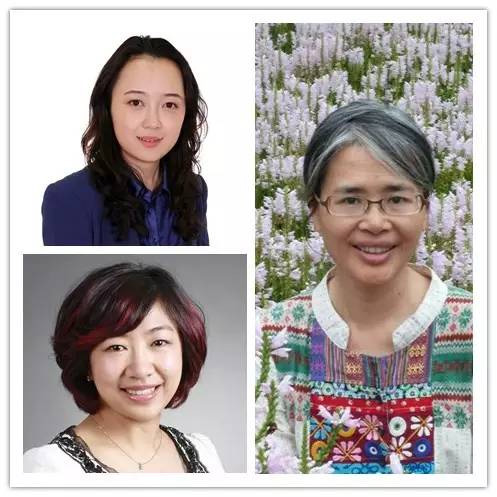 Yuan Feng: Currently a consultant at Shantou University's Women's Research Center, she is also a visiting professor there, and the first chairperson of the Network Against Domestic Violence (反对家庭暴力网络). She has served as a reporter for the People's Daily and Caizheng ("Finance") magazine, Senior Correspondent and Editor's Assistant for China Women's News, and Director of the Chinese Women's Research Society. She has also contributed to the Chinese State Council Information Office's "The State of Gender Equality and Women's Rights in China White Paper" (2005), and to the compilation of various social gender training materials. Since the 1995 UN World Conference on Women, Yuan Feng has focused primarily on media monitoring and alternative communication practices, as well as on gender education. She actively promotes, and serves as a key liaison in, efforts to allow more Chinese women to participate in internaional women's activities.

Lin Gao：The first female Chinese vice chairperson of AmCham-China, she is also a globally certified leadership coach and one of the founders of AmCham-China's Committee on Women's Professional Development. Lin Gao often promotes and speaks on women's leadership development in corporate and non-corporate settings. She is also passionate about volunteer work -- As the only senior advisor in China to the 100,000 Strong Foundation (founded by US presidential candidate Hillary Clinton), she actively promotes US-China teenage exchange and study programs.

Xiaoqin Li：She has served as an economist in Chinese state ministries, academic institutions, international nonprofits, consulting firms and venture enterprises. She is a superintendent for the Young China Watchers (观中社) Beijing branch, and has organized multiple lectures and discussions on Chinese women's issues.