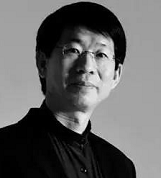 WANG Min was the Dean of the School of Design at the Central Academy of Fine Arts (CAFA) from 2003 to 2016. He was appointed by the Ministry of Education to the Changjiang Chair Professorship in 2007. WANG Min is a member of the Alliance Graphique Internationale (AGI). He served as the Design Director for Beijing 2008 Olympic Games Committee and the Director of Art Research Center for the Olympic Games at CAFA.
He received an MFA from Yale University and had been a visiting fellow in Germany, and he was a lectuer on graphic design at Yale. His work has been exhibited internationally and displayed in museum collections. 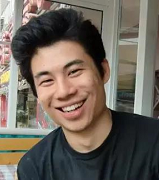 Born in China and raised in the U.S., Jay made his way to Beijing after graduating from American University, obtaining his M.A. in international relations at Peking University and working at a variety of startups and NGOs in the meantime. He has since found his calling in the world of improvised theater, where he leads Beijing Improv into a new era of "impactful" comedy. In the 5 years that he has spent learning, performing, and teaching improv, Jay has worked with a variety of organizations. Jay's latest project Minds at Play, a creative-based corporate training startup, has already successfully run a series of improv-based workshops for different clients in the few months since launching in late 2016. 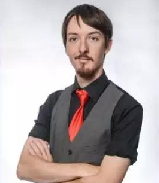 Since arriving in China nearly five years ago, Aaron has been immersed in the ever evolving world of creative production and consulting. Inspired to come to China by the rapid cultural, economic and historical changes driving the Middle Kingdom into the 21st century, Aaron has dedicated countless hours to documenting and sharing these insights with commercial and public audiences.
Using skills honed as a photojournalist and producer in Washington DC, and with myriad clients and projects in China under his belt, including photographing the Hangzhou G20 and ASEM Conferences for the European Union, and completing a documentary for Audi, Aaron continues to strive to use visual media to bridge language and culture gaps across global boundaries.