How Markets, Geopolitics and Technologies Are Reshaping the World of Energy

Co-hosted by Yale Center Beijing and Yale Club of Beijing.

The world of energy is at crossroads, with many market, geopolitical, and technological forces reshaping an industry that has been in existence for centuries but whose future is now more uncertain than ever.

-   Oil markets are still struggling to balance oversupply, demand, and ever-changing costs.
-   Global liquefied natural gas is entering a period of oversupply that the industry has never seen before.
-   New technologies such as renewables, electric vehicles and “Internet of Things” are challenging the fossil fuel industry and asserting themselves in traditional energy markets.
-   Meanwhile, geopolitical developments are increasingly uncertain in key oil and gas producing countries such as Saudi Arabia, Iran, and Russia. 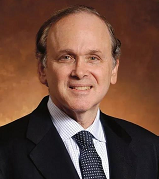 Daniel Yergin is an authority on energy, international politics, and economics. Dr. Yergin is Vice Chairman of IHS Markit and founder of Cambridge Energy Research Associates. He is a Pulitzer Prize winner and recipient of the United States Energy Award. In 2014, the Prime Minister of India presented him with a Lifetime Achievement Award.

His most recent book, The Quest: Energy, Security, and the Remaking of the Modern World, has been hailed by The Economist as "a masterly piece of work" and "a comprehensive guide to the world's great energy needs and dilemmas." Dr. Yergin received the Pulitzer Prize for his work The Prize: The Epic Quest for Oil, Money, and Power, which became a number one New York Times best seller.

Dr. Yergin holds a BA from Yale University and a PhD from Cambridge University, where he was a Marshall Scholar. 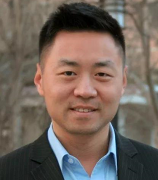 Mr. Xizhou Zhou is a Managing Director of IHS Markit and heads the Power, Gas, Renewables and Coal group in Asia Pacific. He is the author of numerous reports and multiclient studies on Asia’s fast-growing energy markets and is responsible for research activities in the IHS Markit Beijing, Singapore, Tokyo and Delhi offices that cover Asia’s many sub-regions.

With deep expertise in the Chinese energy sector, he has managed a variety of consulting engagements for both international companies investing in China and Chinese companies looking for growth opportunities globally.

Mr. Zhou holds a Bachelor of Arts and a Master of Environmental Management, both from Yale University. He is also a Trustee of the Board of the Yale-China Association.