What’s Next for the US’s Global Grand Strategy?

The Trump administration’s unconventional approach to international affairs has disrupted traditional diplomacy and posed uncertainties around the world. Much of Trump’s foreign policy is driven by domestic demand. With an increasingly divided America, is Trump’s policy reflective of the United States’ national interest? By 2020, how will the world be different? Jake Sullivan, former policy director of Hillary Rodham Clinton’s presidential campaign and one of the most well respected young leaders in US’s foreign policy community, will share his view on current world affairs and what the United States’ role may be over the next few years. 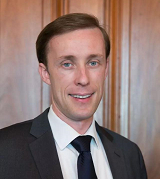 Jake Sullivan is a senior fellow at the Carnegie Endowment for International Peace and Brady-Johnson Distinguished Practitioner in Grand Strategy at Yale University. He served in the Obama administration as national security adviser to Vice President Joe Biden and Director of Policy Planning at the U.S. Department of State, as well as deputy chief of staff to Secretary of State Hillary Clinton. He was the Senior Policy Adviser on Secretary Clinton's 2016 presidential campaign. 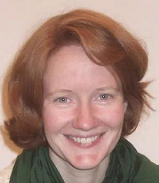 Lucy Hornby is deputy bureau chief for the Financial Times in China. She covers politics, the environment and energy issues, and has a special fondness for the mysteries of shadow banking. Prior to joining the FT, Lucy covered China for Reuters, and energy markets in Singapore and Latin America for Dow Jones and Energy Intelligence.