Purchase in advance: RMB 20 for students (Please take your Student ID with you); RMB 80 for others.
Note: Walk-ins will not be accepted at this event.
Click HERE to register.
Please email yalecenterbeijing@yale.edu if you have any questions, or call Yale Center Beijing at (10) 5909 0200.

After reaching a record $60 billion in 2016, foreign direct investment (FDI) flows between the United States and China have been squeezed into a diminished position. The outlook for 2018 is more complicated. President Trump has designated China a strategic competitor, and Washington is contemplating a disruptive array of more restrictive China policies, including trade frictions wtih new tariffs and greatly intensifying the investment screening process.

Please join us for the Beijing launch of two studies that will shape the public debate on these urgent topics: Two-Way Street, the definitive analysis of U.S.-China FDI trends from 1990 through 2017; and New Neighbors, the seminal analysis of local impacts from Chinese FDI across every U.S. congressional district. With 12 months of brand new data and a number of recent policy developments in both countries, the report’s authors will provide a thorough and timely presentation of research on U.S.-China FDI, followed by a panel discussion with legal and business leaders.

The language of the event will be English, with simultaneous translation into Chinese. 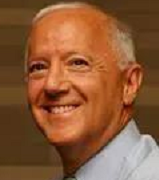 Stephen A. Orlins has been president of the National Committee since 2005. Prior to that, he was the managing director of Carlyle Asia. Previously Mr. Orlins was a senior advisor to AEA Investors Inc., a New York based leveraged buyout firm, with responsibility for AEA's business activities throughout Asia. Mr. Orlins served as President of Lehman Brothers Asia, he also served in the Office of the Legal Advisor of the United States Department of State, while in that office, he was a member of the legal team that helped establish diplomatic relations with the People's Republic of China. Mr. Orlins is a magna cum laude graduate of Harvard College and earned his law degree at Harvard Law School. He speaks Mandarin Chinese and is a member of the Council on Foreign Relations. 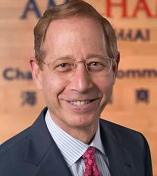 Kenneth Jarrett has been president of the American Chamber of Commerce in Shanghai since September 2013. Prior to that he was the Greater China Chairman for APCO Worldwide, a Washington-based public affairs consultancy from 2008 to 2013, and before that a U.S. diplomat from 1982 to 2008. During his 26-year diplomatic career, his postings included consul general in Shanghai, deputy consul General in Hong Kong, and director of Asian Affairs at the White House National Security Council. He also served in Beijing, Chengdu, Singapore, and had several assignments in Washington, D.C. Mr. Jarrett has degrees from Cornell University, Yale University and the National War College. He is the recipient of the Magnolia Award (Silver) from the Shanghai government and is a member of the National Committee on U.S.-China Relations. 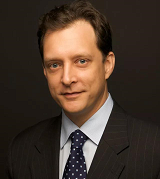 Daniel H. Rosen is a founding partner of Rhodium Group and leads the firm’s work on China. Mr. Rosen has more than two decades of experience analyzing China’s economy, corporate sector and U.S.-China economic and commercial relations. He is affiliated with a number of American think tanks focused on international economics, and is an Adjunct Associate Professor at Columbia University. From 2000-2001, Mr. Rosen was Senior Adviser for International Economic Policy at the White House National Economic Council and National Security Council. He is a member of the Council on Foreign Relations, and board member of the National Committee on U.S.-China Relations. 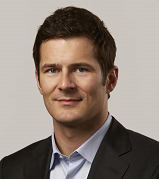 Thilo Hanemann is director of Rhodium Group’s cross-border investment practice. His research assesses new trends in global trade and capital flows, related policy developments, and the political and commercial dynamics of specific transactions. Mr. Hanemann’s most recent work focuses on the evolution of China’s international investment position, and the economic and policy implications of this new trend. He is a frequent speaker and commentator on China’s outward investment and had published numerous reports and articles on the topic. He is also a Senior Policy Fellow at the Mercator Institute for China Studies, Europe’s biggest China think tank, located in Berlin. 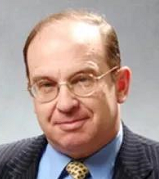 Lester Ross is the partner-in-charge of WilmerHale’s Beijing office where he represents foreign companies in their strategic expansion in China through direct investment and mergers and acquisitions. He also has extensive experience representing foreign banks and corporations, including Chinese entities, in their expansion in the United States. As a former member and vice chair of the Board of Governors, former general counsel and current chair of the Policy Committee and the Insurance Forum of the American Chamber of Commerce – People’s Republic of China, Mr. Ross is a longstanding leader of the American business and legal communities in China. He has also published extensively on business practices, public policy, and environmental issues in China. 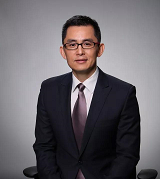 Zou Yue became a correspondent of CCTV in August 2003. He became the Head of Anchors Team of CCTV International in 2009. Since 2010, he has been the anchor of China 24, a flagship news magazine show of CCTV NEWS.

Zou graduated with his bachelor’s of arts degree in English Language from Huazhong University of Science and Technology and he got his master’s degree of arts in Literary Criticism from Central China Normal University.