RMB 20 for students; RMB 60 for Yale alumni; RMB 80 for regular admission.
Those who purchase student tickets are required to show a valid student ID at check-in.
Click HERE to register.
Please email yalecenterbeijing@yale.edu if you have any questions, or call Yale Center Beijing at (10) 5909 0200.

Blockchain has been evolving rapidly since the publication of “Bitcoin: A Peer-to-Peer Electronic Cash System” by Satoshi Nakamoto. Some even claim blockchain to be the next disruptive innovation for a number of traditional industries. But how applicable is this technology in reality and what impact will it have on traditional industries? Please join us for a panel discussion on this topic at the Yale Center Beijing on April 12 at 7pm. 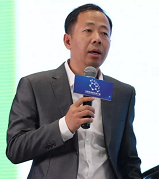 Mr. Ming Li is the Director of Blockchain Research Department of the China Electronics Standardization Institute. He is also a Member of ISO/TC 307, ISO/IEC JTC1 SC40, IEEE/ISACA/ITSS/CCF, and an editor of ISO/IEC TR 38505-2. He got his certification from the Certified Information Systems Auditor. 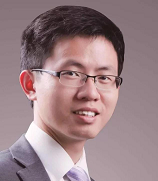 Mr. Hubery Yuan graduated from Tsinghua University’s Automation Department, and has formerly served as assistant director of Industrial Security Research Institution, general manager of TMT Research Center, chief analyst of computer & Internet industry, and has been awarded the New Fortune prize for Best Analyst for five consecutive years from 2013 to 2017. In March 2018 he joined Huobi China and was appointed as the director of Huobi Academy of Blockchain Application. 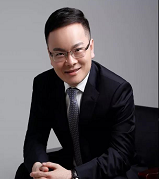 Mr. Yong Chen joined Kingsoft Corporation in 2001 and oversaw the growth of Duba antivirus, gaining a deep understanding of the security industry and product development in the process. He joined Cheetah Mobile in 2010 as Senior Vice President, in charge of several of the company's mobile flagship products, such as Clean Master and CM Security, which had over 1.6 billion global downloads and 600 million MAU. In early 2018, he founded BiYing Technology, a startup company focused on developing innovative applications within the area of blockchain technology. His team members have strong credentials from top internet companies including Cheetah Mobile, Tencent, Baidu and Bytedance. BiYing Technology has received over 10 million dollars’ worth of investment from Shunwei Capital, Banyan Capital and ZhenFund. 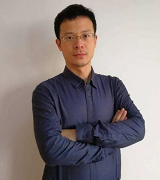 Mr. Hongyu Jia graduated from Tsinghua University with a Master's degree in economics. His main research interests include mathematics and applied mathematics, cryptography, theoretical economics, and monetary theory. He used to work for PBC School of Finance, Tsinghua University and was a founding team member of Tsinghua Financial Review. He is also a blockchain serial entrepreneur and an angel investor, his projects including LendingChain and bitcoupon blockchain. He entered the bitcoin market in 2013 as an early promoter of the Bitcoin community, and helped bring it to the mainstream Internet finance sector. He has a wealth of theoretical knowledge and practical experience in blockchain investment and entrepreneurship. 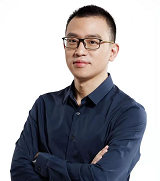 Mr. Hitters Xu is a blockchain pioneer in China. He is the founder & CEO of Nebulas and also the founder of AntShares (NEO). He formerly served as the Director of Ant Financial (Alibaba’s financial arm) Blockchain Platform, and a member of Google’s Search & Anti-Fraud team. Since 2013, he has founded BitsClub (the first Blockchain/Bitcoin community in China), and FBG Capital (one of the earliest Crypto funds). 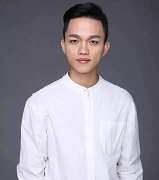 Brian graduated from Yale University, majoring in Computer Science. He has previously worked in New York, London, Hong Kong, Shanghai and Hangzhou, in fields such as investment banking, corporate finance and private banking. Brian had over 5 billion USD under management as the director of the private banking department of Zhejiang Provincial Branch of BoComm, which is a national bank in China.