RMB 60 for Yale alumni; RMB 80 for others.
Minors should buy standard tickets.
Walk-ins are not accepted.
Those who purchase student tickets are required to show a valid student ID at check-in.
Click HERE to register.
Please email yalecenterbeijing@yale.edu if you have any questions, or call Yale Center Beijing at (10) 5909 0200.

Please join us for a Christmas concert on the evening of December 21. The concert will feature two internationally acclaimed Yale alumni and two professors from Minzu University of China. Together they will bring us Czech composer Smetana’s Piano Trio in G minor, as well as well-known piano works by different composers. All are welcomed to come and celebrate Christmas together. 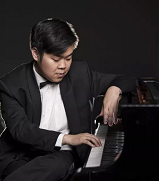 Graduating with a Master of Music and Artist Diploma Degree from the Yale School of Music in 2015, Wenbin Jin received two of the most prestigious school awards: the Elizabeth Parisot Prize for Best Pianist and the Yale School of Music Alumni Association Prize for the most outstanding graduating student. Since 2016, he has been serving as Associate Director of the Performing Arts Center at Beijing Keystone Academy. He has won many major top prizes, including the China Shanghai International Piano Competition and the China Golden Bell National Piano Competition. Wenbin Jin has performed in prestigious venues, such as the Lincoln Center, the JFK Center for the Performing Arts, and the Chinese National Center for the Performing Arts. In addition to solo activity, Mr. Jin is also well-known as a collaborative pianist and chamber musician. 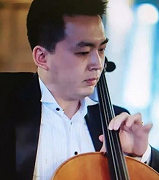 Bo Zhang was admitted into the Yale School of Music in 2011 to study cello with legendary cellist and teacher Aldo Parisot. He graduated in 2013 with a Master of Music degree in cello performance and was awarded the Aldo Parisot prize, an honor given to gifted cellists who show promise for a concert career. Since 2013, Mr. Zhang has been pursuing a Doctoral of Musical Arts (DMA) degree at the faculty of Music at the University of Toronto under the tutelage of Shauna Rolston. He joined the School of Music at Minzu University of China in 2018. 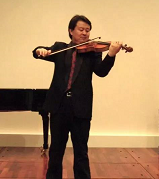 Mr. Pang teaches at Minzu University of China where he is director of the String Program. He used to serve as the first violinist of Conservatoire de Royal de Bruxelles Chamber Orchestra and the associate principal of violin of the Youth Orchestra Flanders. Mr. Pang has won numerous international competition prizes, including first prize at ‘Salieri – Zinetti’ Chamber Music International Competition in 2006. Starting to learn violin at the age of 4, Mr. Pang later pursued his study in Europe and was awarded an M.A. in musical performance by Conservatoire de Royal de Bruxelles in 2007. 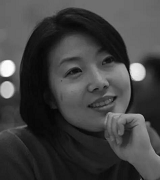 Ms. Lin has been teaching piano at Minzu University of China since she graduated from the Berlin Academy of Music in 2007 with dual Masters in piano performance and piano teaching. She has worked with the British conductor Nik Smith, Chinese conductor Xia Xiaotang, and many excellent musicians from around the world.