The National Youth Orchestra of China: A Look at 2019 and Beyond

TICKET:
RMB 20 for students; RMB 60 for Yale alumni; RMB 80 for others.
Walk-ins are not accepted.
Click HERE to register
Please email yalecenterbeijing@yale.edu if you have any questions, or call Yale Center Beijing at (10) 5909 0200.

Seats are available on a first-come-first-served basis.

On March 27, Robert Blocker, the Henry and Lucy Dean of Music at Yale University, and Vincent Accettola, Managing Director of the National Youth Orchestra of China, will host a discussion about the present and future of NYO-China. The audience will also have the privilege of listening to chamber performances from alumni of the ensemble, as well as learn about the incoming Class of 2019. 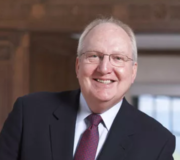 An internationally-renowned pianist, educator, and administrator, Robert Blocker has served as the Henry and Lucy Moses Dean of Music at Yale University since 1995. During his tenure, he has been active throughout the world in promoting music and the arts, including and especially in China. As a senior advisor for NYO-China, he has been instrumental in helping the organization develop partners within the classical music community. In 2006, Dr. Blocker was named honorary Professor of Piano at the Central Conservatory of Music in Beijing. 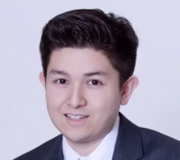 A recent graduate of Yale University (’16 BS) and Harvard University (’17 EdM), Vincent Accettola has served as the Managing Director of the National Youth Orchestra of China since its launch in 2017. In that capacity, he is responsible for articulating and preserving the mission of NYO-China, as well as overseeing the day-to-day operations of the organization. In 2015, Vincent was elected to serve a three-year term on the board of education for New Jersey’s largest regional high school district. 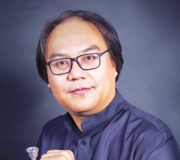 Guang Chen is a Professor of Trumpet at the Central Conservatory of Music in Beijing, the Executive Director of China’s Orchestra Academy, the Visiting Principal Trumpeter of the China National Symphony Orchestra, and a Teaching Artist for the National Youth Orchestra of China. Since graduating from the University of Music and Performing Arts in Vienna, Guang Chen has performed with numerous acclaimed orchestras, including the China Philharmonic Orchestra and the National Ballet of China. He was also named by CCTV as one of the “Top Ten Trumpeters in China.”