Love, Money & Parenting How Economics Explains the Way We Raise Our Kids

We will give away free copies of the book Love, Money & Parenting to attendees who pose thoughtful questions during the discussion session. Yale Center Beijing wishes to thank Princeton University Press and Truth & Wisdom Press for their generous donation of books in support of the event.

Parents everywhere want their children to be happy and do well. Yet how parents seek to achieve this ambition varies enormously. For instance, American and Chinese parents are increasingly pushy and demanding, whereas European parents tend to be more permissive. Why?

Yale Economist Fabrizio Zilibotti will talk about his new book, Love, Money, and Parenting, which investigates how economic forces and growing inequality shape how parents raise their children. From medieval times to the present, and from the United States, the United Kingdom, Germany, Italy, Spain, and Sweden to China and Japan, Fabrizio Zilibotti and co-author Matthias Doepke look at how economic incentives and constraints—such as money, knowledge, and time—influence parenting practices and what is considered good parenting in different countries. 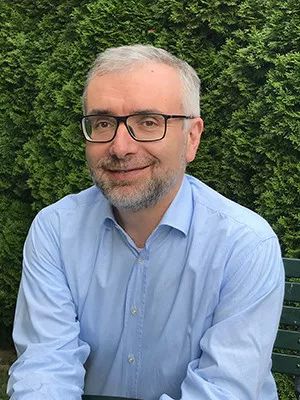 Professor Fabrizio Zilibotti earned a Laurea (B.Sc.) in Political Science at the Università di Bologna (1989), and a Ph.D. of economics at the London School of Economics (1994). His academic career includes professorships at several distinguished universities. China, which he frequently visits, is one of the focal points of his research. He holds the "Mr. and Mrs. Tien Oung Liu Distinguished Visiting Professorship” at Tsinghua University.

He was the President of the European Economic Association in 2016. He is a recipient of the Yrjö Jahnsson 2009 award (the European analogue of the John Bates Clark medal, assigned to the best economist in Europe under the age of 45). He is among the very few Western Economists to have received the Sun Yefang Award (in 2012) from the Chinese Academy of Social Sciences for his article “Growing Like China.” He is a Fellow of the Econometric Society and has served in several editorial positions. He is currently a co-editor of Econometrica.

His research interests include economic growth and development, political economy, macroeconomics, and the economic development of China. He has published papers in several international journals, including, among others: American Economic Review, Econometrica, Journal of Political Economy, Quarterly Journal of Economics.