The year 2019 brought a sensational discovery: hundreds of drawings by the writer Franz Kafka (1883–1924) were found in a private collection that for decades had been kept under lock and key. Until now, only a few of Kafka’s drawings were widely known. This new book from Yale University Press, Franz Kafka: The Drawings, is the first book to publish the entirety of Franz Kafka’s graphic output, including more than 100 newly discovered drawings. Although Kafka is renowned for his written work, his drawings are evidence of what his literary executor Max Brod termed his “double talent.” Irresistible and full of fascinating figures, shifting from the realistic to the fantastic, the grotesque, the uncanny, and the carnivalesque, they illuminate a previously unknown side of the quintessential modernist author.

Published for the first time in English, these newly available materials are collected with his known works in a complete catalogue raisonné of more than 240 illustrations, reproduced in full color. On June 10, Andreas Kilcher, editor of this new groundbreaking book, will provide essential background for this lavish volume, interpreting the drawings in their own right while also reconciling their place in Kafka’s larger oeuvre. He’ll be joined by Paul North, Professor of Germanic Languages and Literatures at Yale, who writes and teaches frequently on Kafka, for a discussion of these newly discovered and published drawings.

Andreas Kilcher has been a professor of literature and cultural studies at ETH Zurich since 2008. From 2004 to 2008 he was Professor of Modern German Literature at the University of Tübingen. He has been President of the Board of the Thomas Mann Archives at ETH Zurich since 2010. From 2014-2016 he was director and from 2016-2022 on the board of directors of the "Center for the History of Knowledge" at the ETH and the University of Zurich. Kilcher has held visiting professorships at Princeton, Stanford, UC Davis, and Tel Aviv University. His main areas of research include literary and cultural studies, history of knowledge, research on Kabbalah and modern occultism, and Jewish literary and cultural history. He works on authors such as Max Frisch, Gershom Scholem, Else Lasker-Schüler, and Franz Kafka. 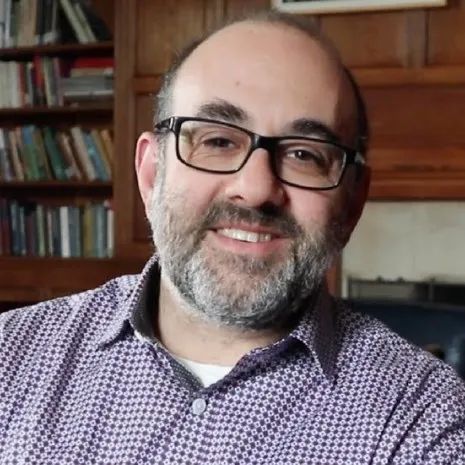 Paul North is Professor and Director of Undergraduate Studies of Germanic Languages & Literatures at Yale. A graduate of Northwestern, he writes and teaches on literature and other media, continental philosophy, and literary and critical theory. He is most interested in the afterlives of Kantian critical thought, deconstruction, literary theory, and poetry and poetics in a variety of languages and traditions. His books include The Problem of Distraction (2012) about the benefits of not-thinking; The Yield: Kafka’s Atheological Reformation (2015) about an eccentric political mode; Bizarre Privileged Items in the Universe: The Logic of Likeness (2021) about a cosmos made of likenesses; and The Standpoint of Marx’s Capital (in progress), an interpretation of that book. He is also the coeditor of a new English critical edition of Karl Marx’s Capital volume 1, coming out in 2022.