This survey of the history of Western art of the last 5 centuries will look at painting, sculpture, and graphic arts, with some reference to architecture, and an emphasis on the relationship between art (mainly painting) and its original historical and cultural contexts. We will be introduced to visual analysis, with a focus on how to look at a work of art in the original using selected major works and artists treated in terms of form, function, and historical context. Special attention will be paid to contact between Europe and its others, questioning the term ‘Western Art’ while emphasizing the porous nature of European culture and the dialogue of European artists with cultural traditions beyond the boundaries of Europe. Other themes will include the birth and development of museums, and relationships between painting and the other arts, especially music. 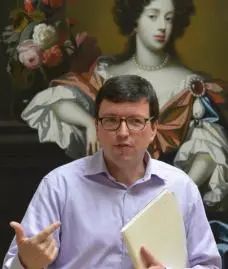 Tim Barringer is Paul Mellon Professor of the History of Art. He specializes in the art of Britain and the British Empire since 1700, and nineteenth-century American art. Following positions at the Victoria and Albert Museum, the Universities of London and Birmingham in Great Britain, he came to Yale in 1998. In 2009, Tim Barringer was Slade Professor at the University of Cambridge. In 2013-14 he held a J. Clawson Mills Fellowship at the Metropolitan Museum of Art, New York. In 2019 he delivered the Paul Mellon Lectures at the National Gallery in London.

At the forefront of his interests are questions of race, representation and empire, and his other major interests, industrialization, class formation and Victorian art. His books include Reading the Pre-Raphaelites (Yale, 1998), Men at Work: Art and Labour in Victorian Britain (Yale, 2005) and David Hockney: 82 Portraits and 1 Still Life (Royal Academy, 2016). Co-edited collections of essays include Colonialism and the Object; Frederic Leighton: Antiquity, Renaissance, Modernity, and Writing the Pre-Raphaelites. 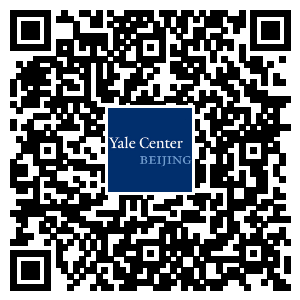 Yale Center Beijing has held Yale faculty-led multi-day programs over the years for next generation leaders and lifelong learners to engage in intellectual exchanges with peers and Yale faculty, discover new passions, and be immersed in critical thinking, evidence-based discussions, and collaborative activities.